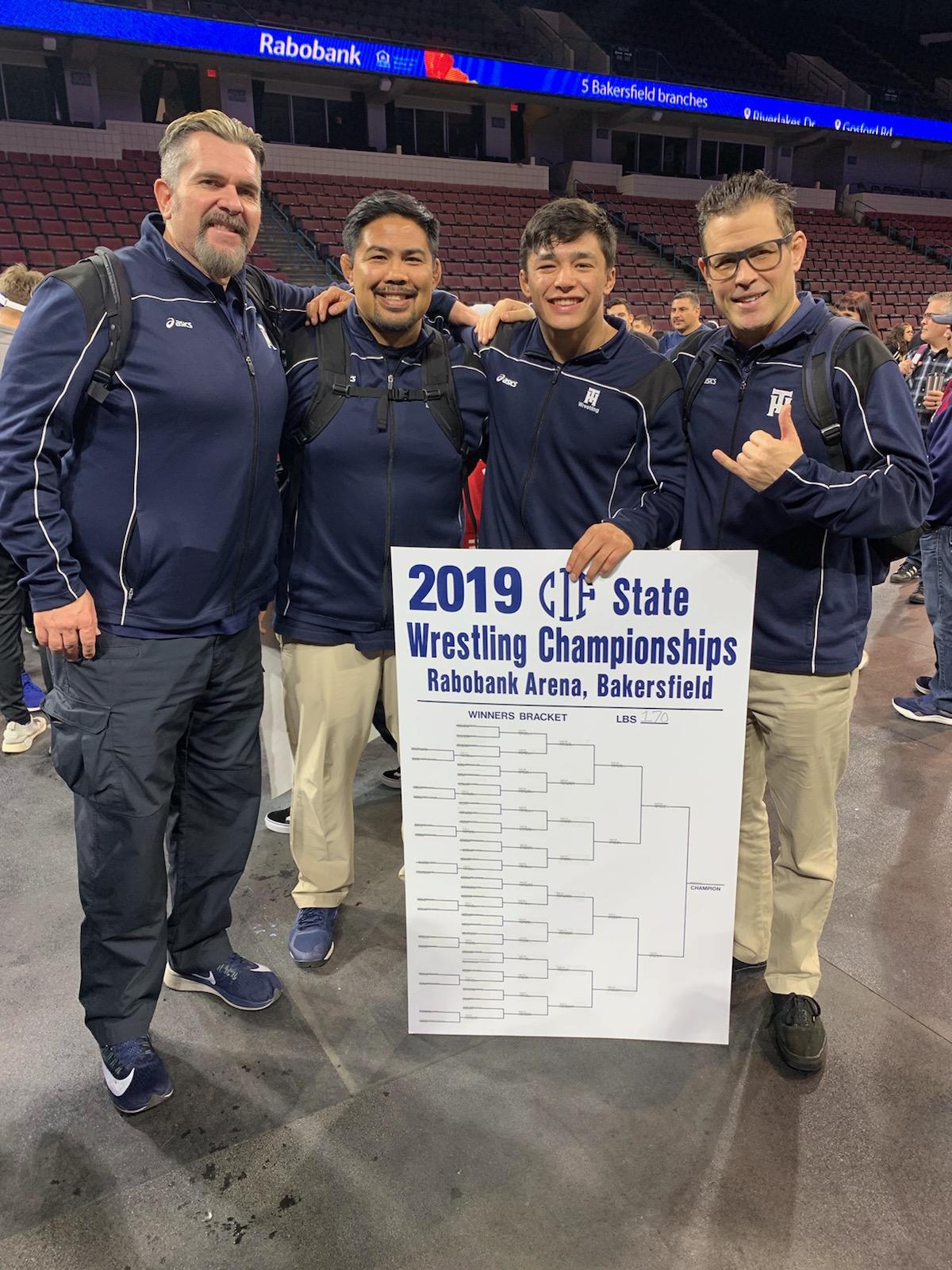 This is Coach Bosy's second year as the Head Varsity Wrestling Coach at Trabuco Hills, but he previously served as an assistant at all levels from 2014-2019. He was part of the staff that won the first-ever CIF Title in Wrestling in 2017. He also previously coached Football at Trabuco Hills from 2014-2018, on the staff that won the CIF Title in 2014. He arrived at Trabuco having started a volunteer walk-on Frosh football and weightlifting coach at my alma mater El Toro in 2009. He earned his way up to coaching both Varsity and JV football at El Toro from 2010-2013, where El Toro appeared in the CIF Finals in 2011 at Anaheim Stadium. He was a Journalism and Mass Communication graduate of the University of Northern Colorado ('97) and also has a Masters degree in Cross Cultural Teaching and an English Teaching Credential from National University (2013). He currently teaches Freshmen and Seniors in various levels of English at Trabuco, but have taught EL, Juniors, and served on the intervention staff here at Trabuco from 2015- 2020.

He believes that young people have tremendous ability and capability if they can unlock it. He feels it is his job to identify it, and push them to be the best version of themselves. He has developed lifelong relationships with students and athletes alike, going back to his earliest days at El Toro High School. He believes this speaks volumes about who he is as a person, trying to develop rapport and relationships that last well beyond the sport seasons.