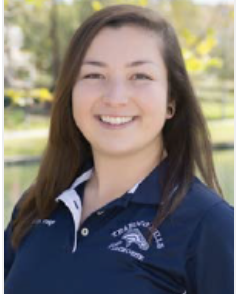 This is Melanie Page’s first year as a Trabuco Hills High School Girls Lacrosse Head Coach and her sixth year with the program as a coach.

Melanie is a 2008 graduate of Trabuco Hills and was a player in the lacrosse program’s formative years. She played for Club Mission and then Club Trabuco before lacrosse was a part of Trabuco’s formal athletics program. She played for the Mustangs in 2007, when lacrosse became an official Varsity sport, and in 2008 at attack and midfield.

Melanie graduated from Cal State Fullerton in 2013 with a degree in Human Services. Her sister, Marina, played on Trabuco’s girls team; her brother, Adam, played with the Trabuco boys.