Research shows that the second language is best acquired by language minority students when their first language is firmly established (Hakuta & Gould, 1987), and that a second language is best developed by language majority children through immersion in that language (Genesee, 1985). It is felt that the immersion of English proficient students in non-English instruction is beneficial for their acquisition of true communicative proficiency in the second language. Their English language skills, meanwhile, develop unimpeded due to the dominance of English in their socio-cultural environment. For the English language learner, instruction in their native language provides the necessary linguistic foundation for the later acquisition of English and the further development of full proficiency in both languages. In addition, students in the program achieve proficiency in academic subjects and cultivate an understanding and appreciation of other cultures.

For general questions regarding language immersion in our district during the regular school year, please call (949) 580-3347. 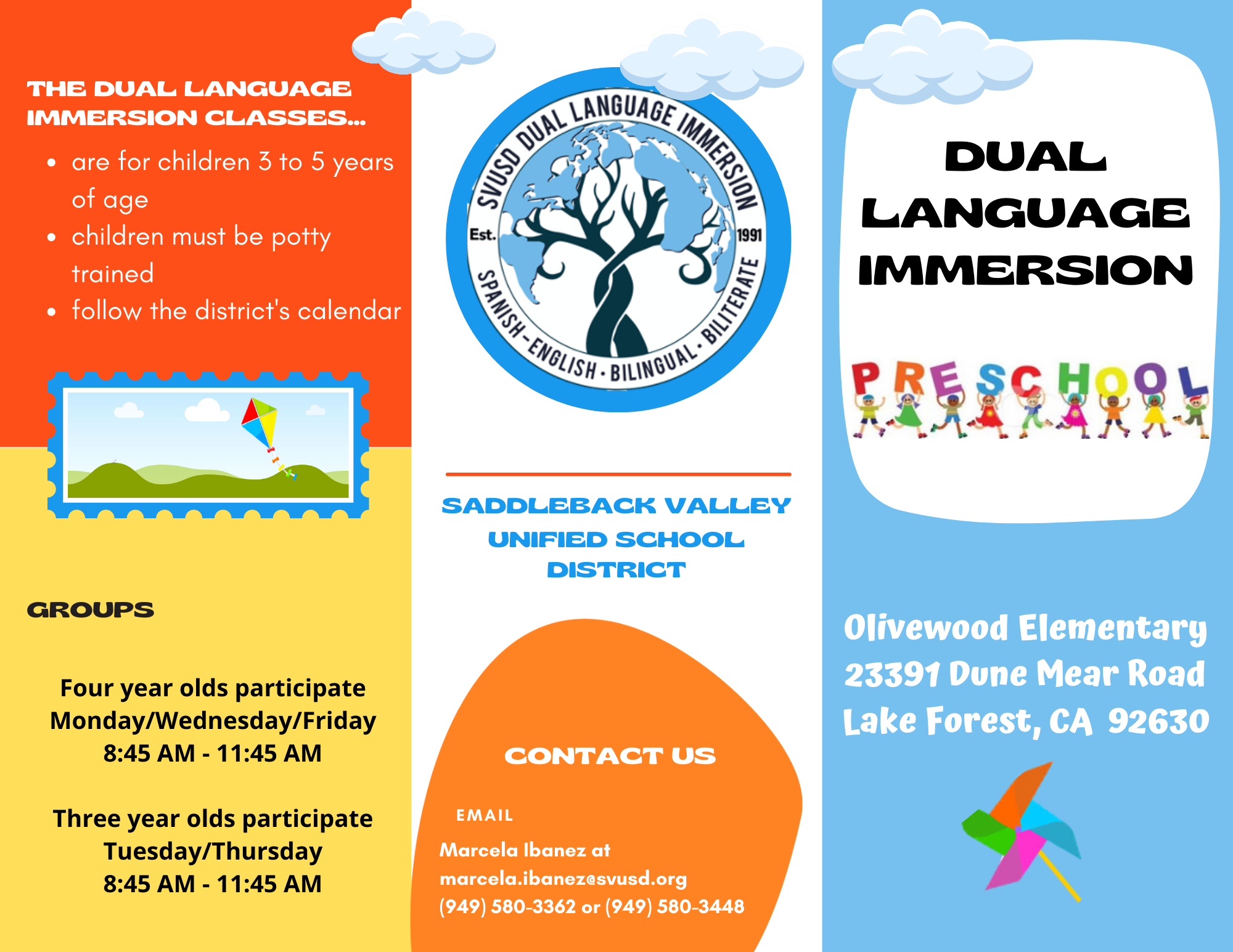 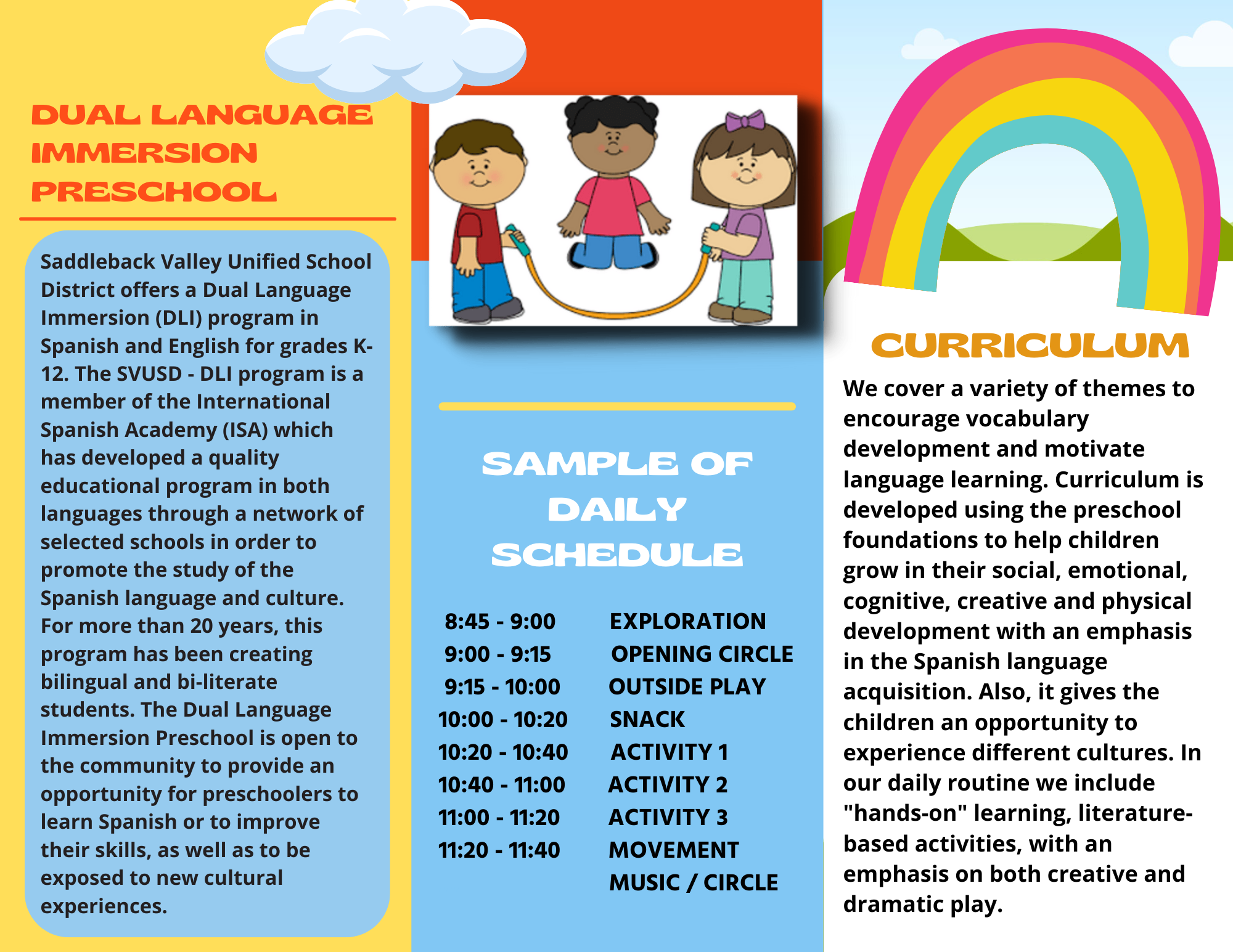 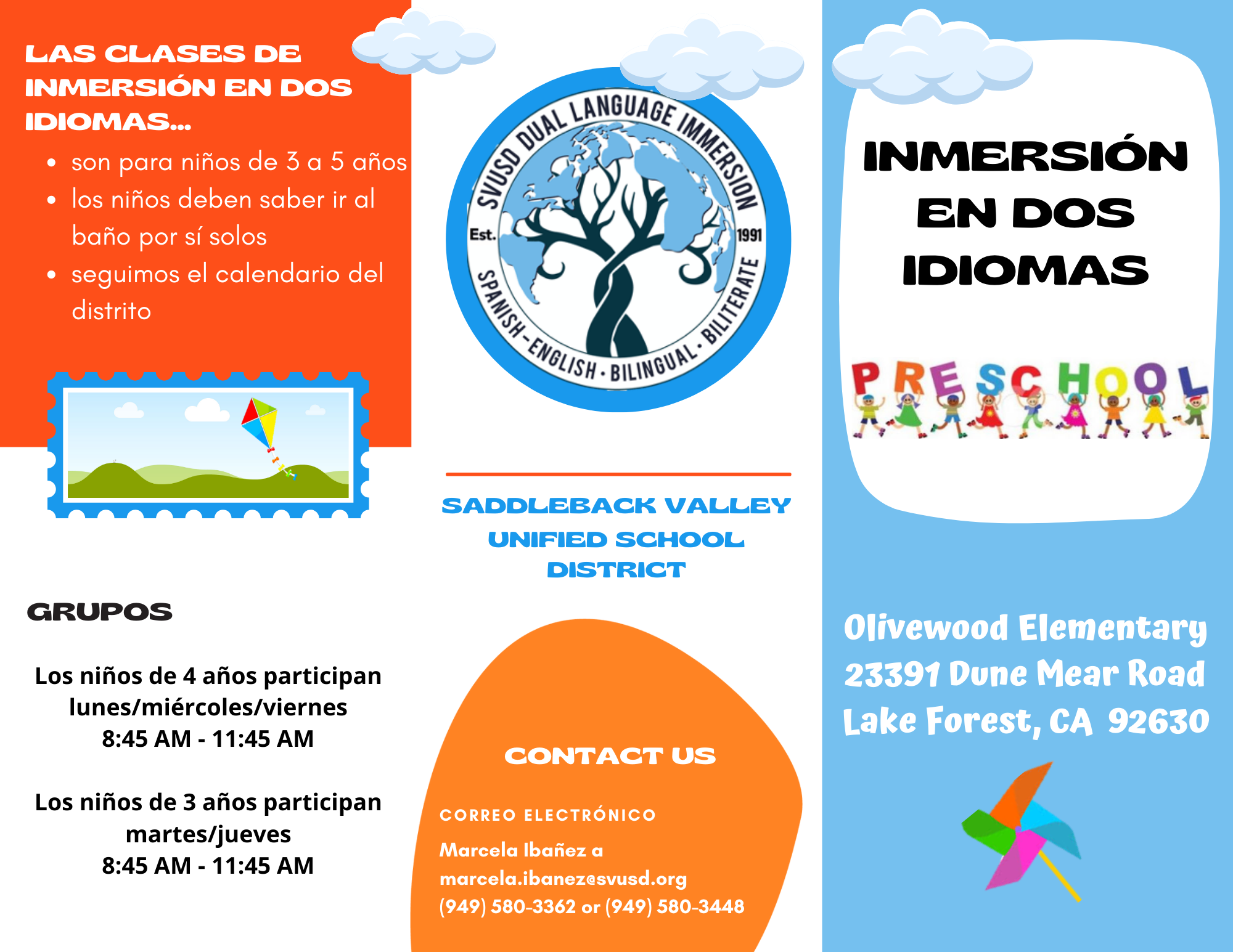 Saddleback Valley Unified School District also offers a Dual Language Immersion Transitional Kindergarten (TK) in Spanish, for children who will turn 5 years old between September 2, 2023 - April 2, 2024. Registration Will begin on March 20, 2023. Our program is a half-day program with childcare available through TLC for those who need before or after-class childcare. For students with Individualized Education Plans (IEP's), please consult with your student's IEP Team for TK placement.

The DLI TK program in Spanish will be offered at Olivewood Elementary School. If you are interested, please fill out this DLI-TK Interest Form.

Please contact the school for more information regarding their language immersion program: (949) 770-5447.